There is a widespread belief that the primary references to the use of chaga refer to Ancient China and other countries of the Ancient World - but this is not so. Chaga mushroom - tincture, tea from it, was mentioned in historical sources of the 16th century, and this information concerned territorially Russia, and more precisely, Siberia and the Far East. One of the first peoples who inhabited these regions and used the chaga mushroom in everyday life were the Khanty and the Ainu. They used dried chaga in the form of tinctures or tea to fight parasites, various infections, cleansed the liver, treated the stomach, intestines, heart, and generally used it to prevent diseases in general. They made "soapy water" with disinfectant properties on chaga, and the rooms were fumigated with the smoke of smoldering dry chaga and used in their magical rituals.

In the modern world, in the age of high technology, a high-quality product is obtained from chaga mushroom - chaga mushroom extract, which retains a maximum of useful substances and is easily eaten, completely dissolving in water. The benefits of chaga mushroom extract are invaluable, because one mushroom combines biologically active components: flavonoids, alkaloids, phenolic compounds (tannins), phytoncides, a complex of organic acids, melanin, a complex of water-soluble chromogens, antioxidants that destroy free radicals), minerals and trace elements. Chaga mushroom extract can be bought both in the pharmacy chain and in online stores. Chaga is becoming more popular due to its wonderful and irreplaceable natural property - healing! Drink chaga and live long! 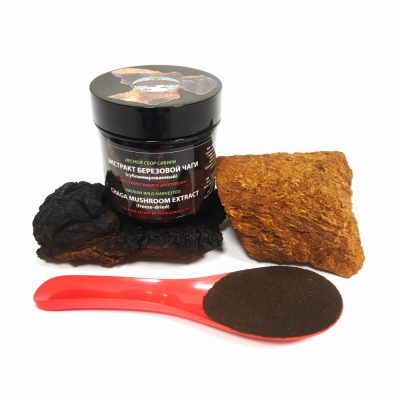 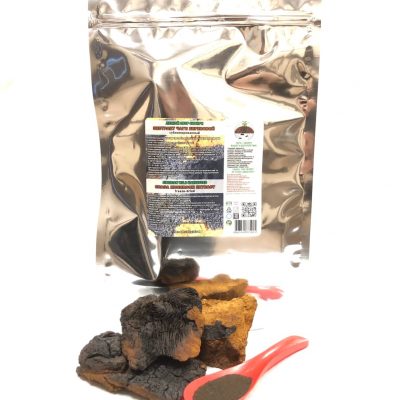